Another installment in the mixtape series by Doc Remedy, except this time majority of the album is NOT composed of mixtape tracks (except track 1, 16 and 17) and instead he has partnered with a number of dope producers to provide the fun punches and lyricism expected of the series. 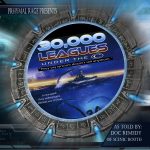