“Headrush” from the album re-release of the album by Bjoe Steel called “Between a Sunrise & a Cemetery” which we featured when it released.  Produced by SICC Marvelous and featuring Shawn O MAC (R.I.P.) who is also a Hip-Hop artist from New Mexico alongside Bjoe Steel.  They both started their career in the Tucson scene in the early 2000’s with the group Brown Majik and vocalist Ixchel Toltecca. 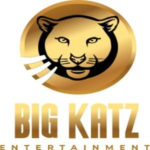 BJoe Steel – Between a Sunrise & a Cemetery